Bird of the week 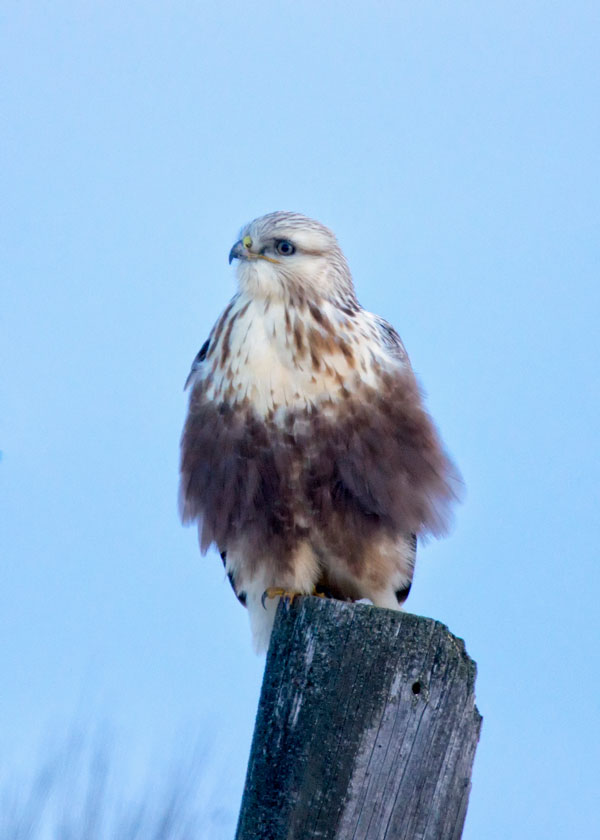 Rough-legged Hawks are just 1 of 3 hawk species in the U.S. with feathers reaching all the way to their toes, an adaptation for life in cold climates.

The Rough-legged hawk is a large, long-winged, long-tailed hawk; with the females being larger than males. The Latin name Buteo lagopus means "rabbit-footed," as the legs are feathered completely down to the small yellow feet. These birds feature lots of dark coloring throughout their feathers with a white underside. The pattern and amount of dark coloring is extremely variable in this species. Flight is active with slow, flexible wingbeats; soars in a medium dihedral (v-shaped attitude of wings), and hovers frequently.

One of the most approachable roughies I was able to capture.

Diet: Small to medium sized mammals. Hunts in open areas from a low perch or elevated spot; frequently hover-hunts. May be found in same area and eat the same food as Red-tailed Hawks, but avoids direct contact and competition with that species by hunting from lower perches, keeping more to open areas, and using a less sedentary hunting style. 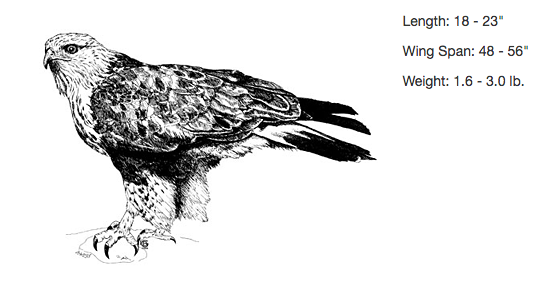 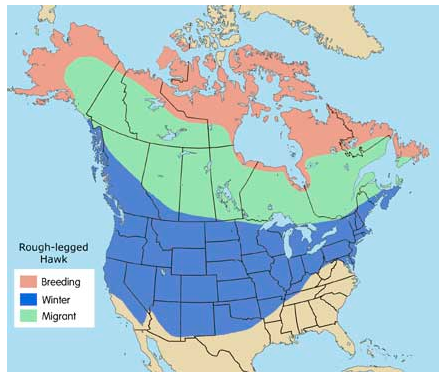