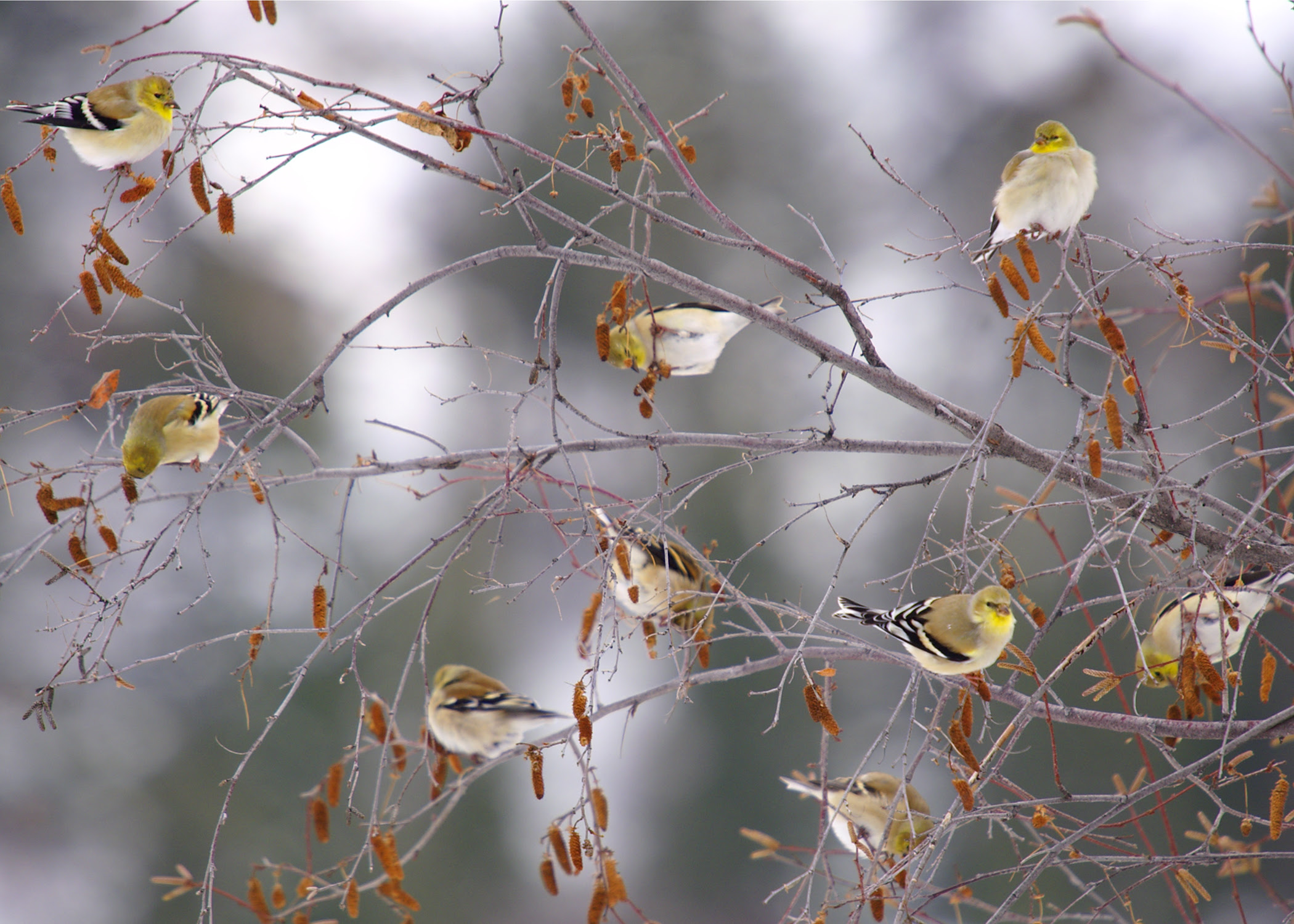 These little finches are also known as Willow Finches, and are the official state bird of Washington. The American Finch is a smaller sized finch with a variations of vibrant yellow and shiny black coloring with bits of white. During the winter their coloring often becomes more dull, but you can easily identify the finches by their conical bill, pointed tail, wingbars, and lack of streaking. Color variations differ between the males and the females, and the American Goldfinches are the only finch that molts its body feathers twice a year - once in late winter and again in late summer.You can spot the American Finch at feeders, especially during the colder months of the year. Winter can be a difficult time of year for wildlife. According to the WDFW most wild birds rely primarily on wild food sources for their survival. However, many species come to feeders to supplement their wild diet, especially during severe weather.

1. The brightening yellow of the male goldfinches each Spring is a sign of approaching warmer weather.

2. Goldfinches are one of the strictest vegetarians in the bird world. They rely on an entirely vegetable diet and only inadvertently swallow the occasional insect.