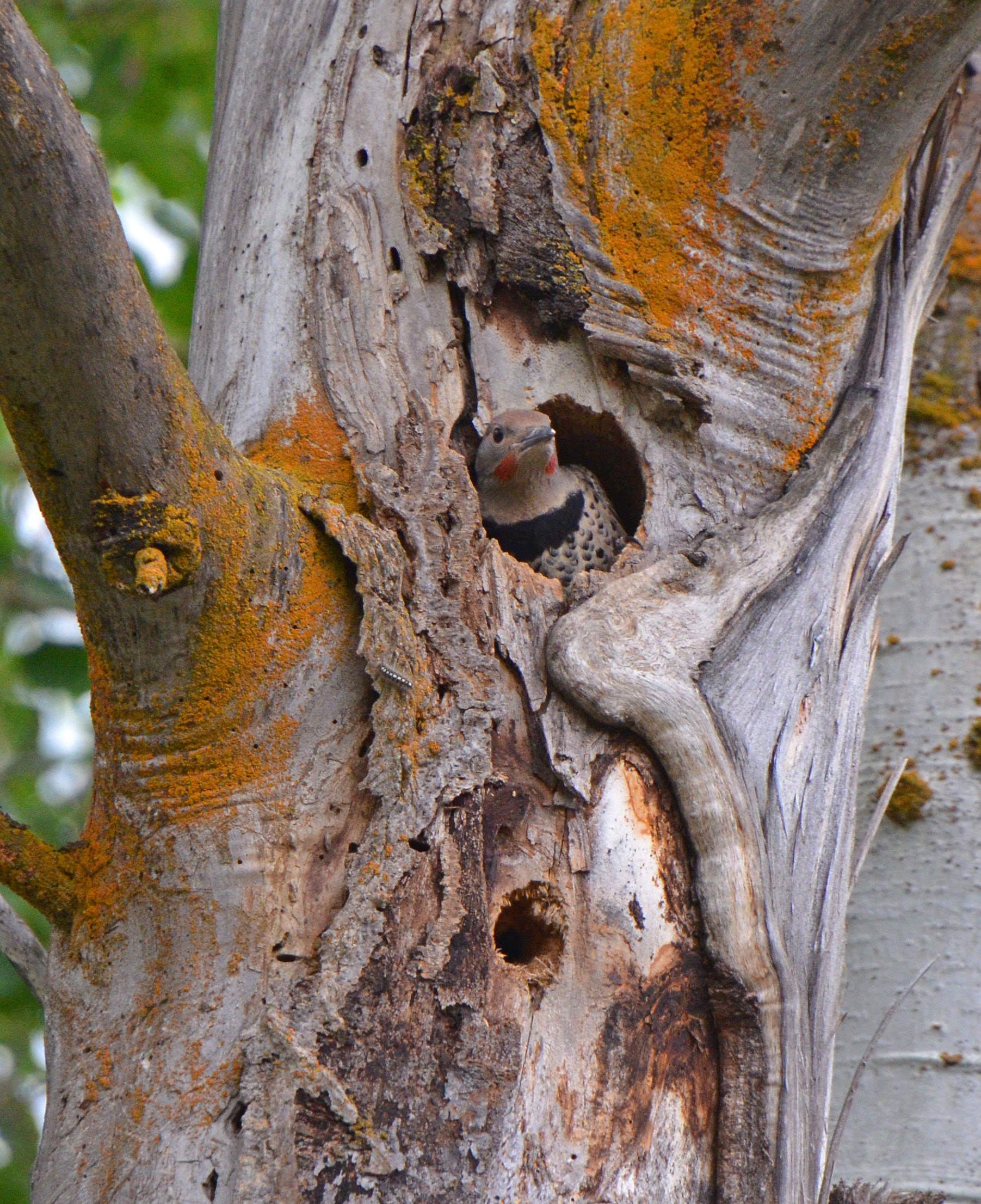 According to the WDFW, of the 11 species of woodpeckers that settle in Washington the Northern Flicker is probably the most commonly seen and heard. Northern Flickers are large woodpeckers, mostly brown, with black-scalloped plumage and a flicker of crimson color on the top of their heads. According to the WDFW these woodpeckers were previously known as the red-shafted flicker, the Northern Flicker has a conspicuous white rump patch and salmon-colored wing undersides that are distinctly visible during its slow, bouncy flight. Flickers can also be identified by their loud call that sounds like wake-up, wake-up, wake-up; also a piercing, sharply descending peeahr.Any annoyance these woodpeckers may cause for homeowners is greatly outweighed by the large number of insect pests they eat, and the number of homes they create for other wildlife.

Have you spotted a bird lately?

Send us your pictures and tell us a little bit about your experience!
Your bird might just be next week's pick!

Send an email to info@okanogancoutry.com with the subject line: "Bird Photos"