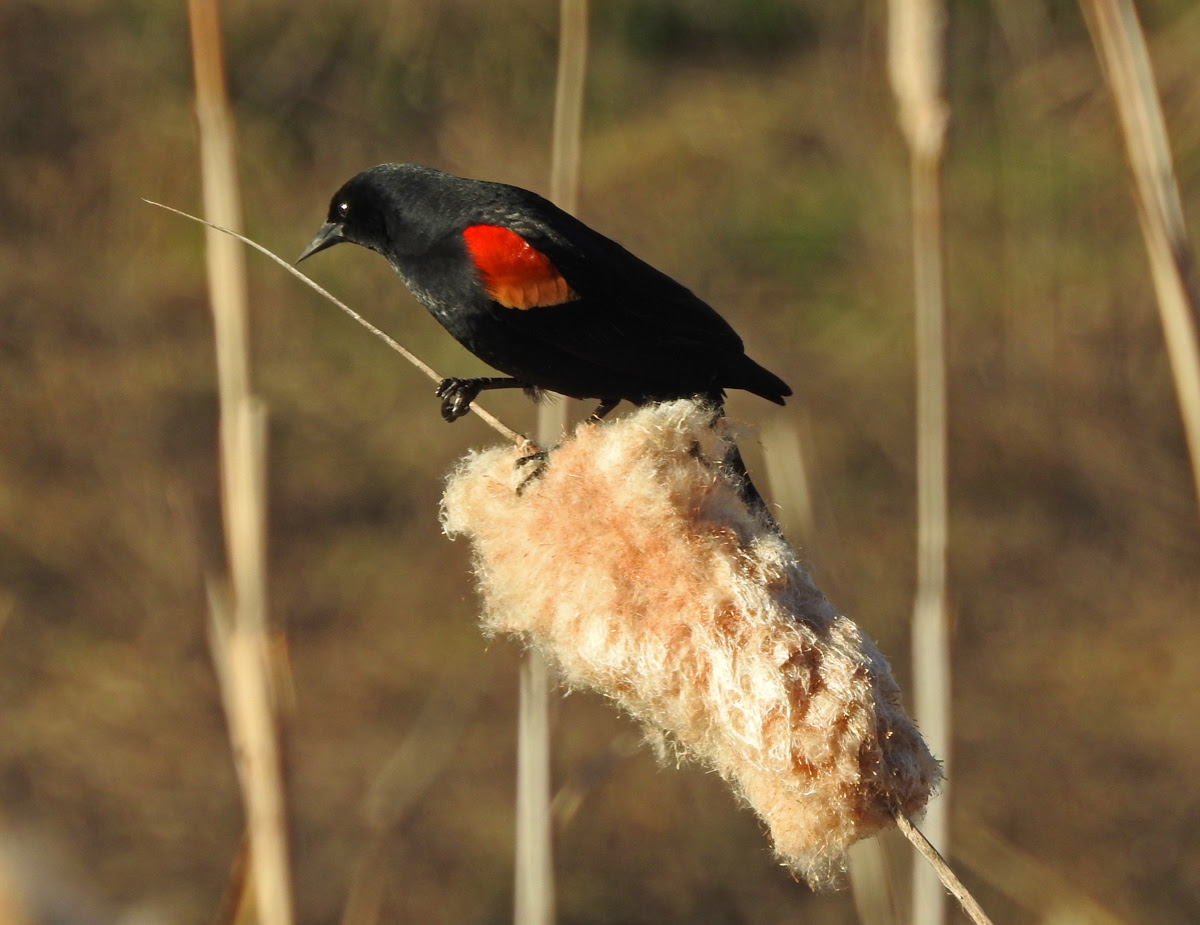 According to the Seattle Audubon Society, Red-winged Blackbirds are widespread and abundant breeders throughout Washington's lowlands. In winter they are often less widespread, but can be abundant along the Columbia River. Many birds in Washington are migratory, and others move to lowlands forming large winter flocks.

"They are fun birds. The males sing that loud, raucous “conk-la-ree!,” and flash their scarlet and yellow shoulder patches (called epaulets like military shoulder patches) to attract a female. Cattail ponds are a great place to find them. Later in spring the streaky brown females build a nest of mud, grass and other plant materials often right in the cattails or rushes, just above the water level. " 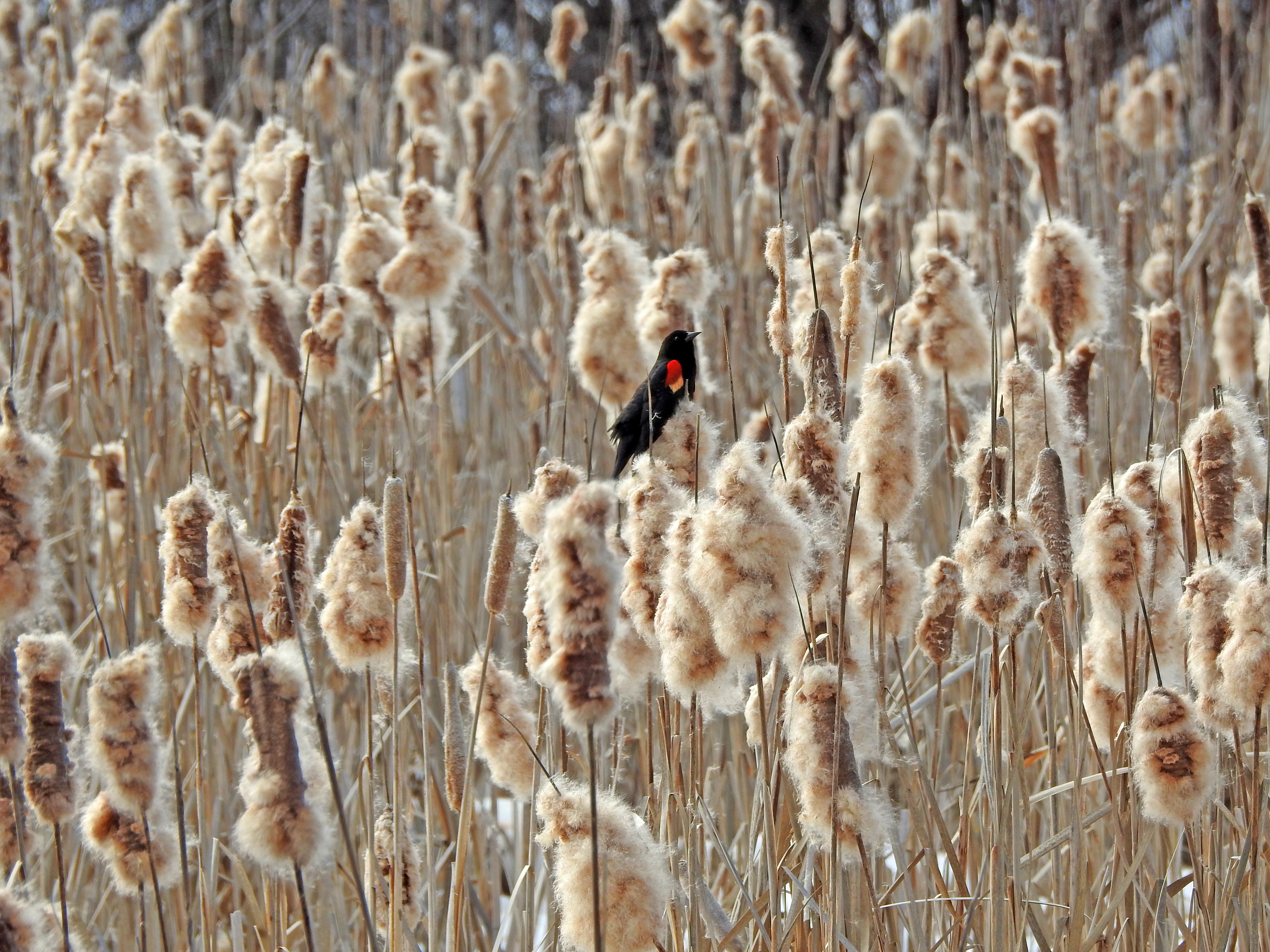 Red-winged Blackbirds display marked sexual dimorphism. Males in breeding plumage are very familiar birds to many people. They are solid black, with red wing patches. Each patch has a light yellow stripe below, and can be displayed in varying amounts. Female Red winged Blackbirds are smaller, dark, and streaked. They have a white line over each eye and are evenly streaked all down the back. First-year males look like mature males but with rusty edgings on their black feathers. They have red wing-patches, but they are generally paler than mature males and may be darkly spotted.