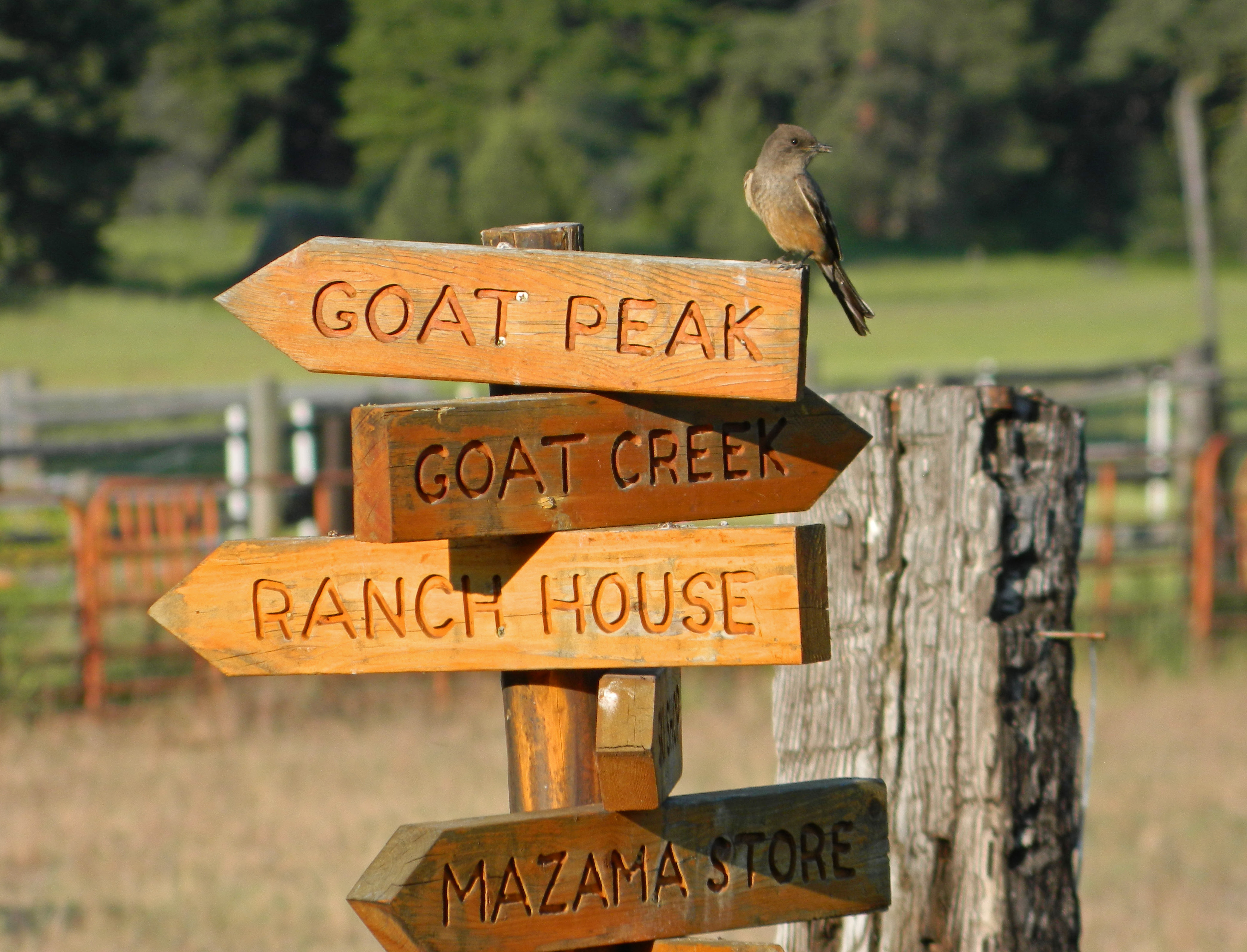 According to the Seattle Audubon Society, Say's Phoebes are medium-sized, gray-brown flycatchers with salmon-pink bellies and solid black tails and bills. In flight, very pale, translucent, outer wing-feathers are just visible. The juvenile has salmon-colored wing-bars.

The arrival of the Say's Phoebe is one of our first signs of spring here in Okanogan County, and they have been spotted daily for about a week now. We see and hear them easily because Say's Phoebes happily congregate around human-made structures such as houses, bridges, barn rafters, and roof eaves (where they then often make nests). They are really fun to watch because they are "flycatchers," a family of birds that is known for its behavior of sitting on a perch then flying a short distance to snatch an insect in mid-air, and then coming right back to where it was perched. If you are watching one, just when you think it has flown away, it'll return to the spot in your binoculars often with a plump morsel in its mouth! "

Behavior: Like other phoebes, Say's Phoebes bob their tails. They perch on low shrubs or rocks, and dart out to grab prey from the air, the foliage, or the ground. They can often be seen hovering low over fields looking for prey.
Habitat: Open-country birds, Say's Phoebes are found in steppe and agricultural habitats in eastern Washington, especially treeless areas with cliffs and other sites for nesting.

Diet: Say's Phoebes' primary diet is insects. They eat a number of terrestrial insects as well the typical flying variety.
Nesting: Pairs are monogamous and nest on solid structures--natural or artificial. Natural nesting substrates include rocky outcroppings, crevices, cliffs, and tree cavities. Nests have also been found on such man-made structures as bridges, barn rafters, crossbeams, and eaves. The nest is an open cup made of grass, moss, spider webs, and other material, but usually does not include mud, a material common in the nests of other phoebe species. Generally, the female builds the nest on her own, and then incubates four to five eggs for 12 to 15 days. Both parents help feed the young, which leave the nest at 14 to 16 days. Pairs typically raise one or two broods a season 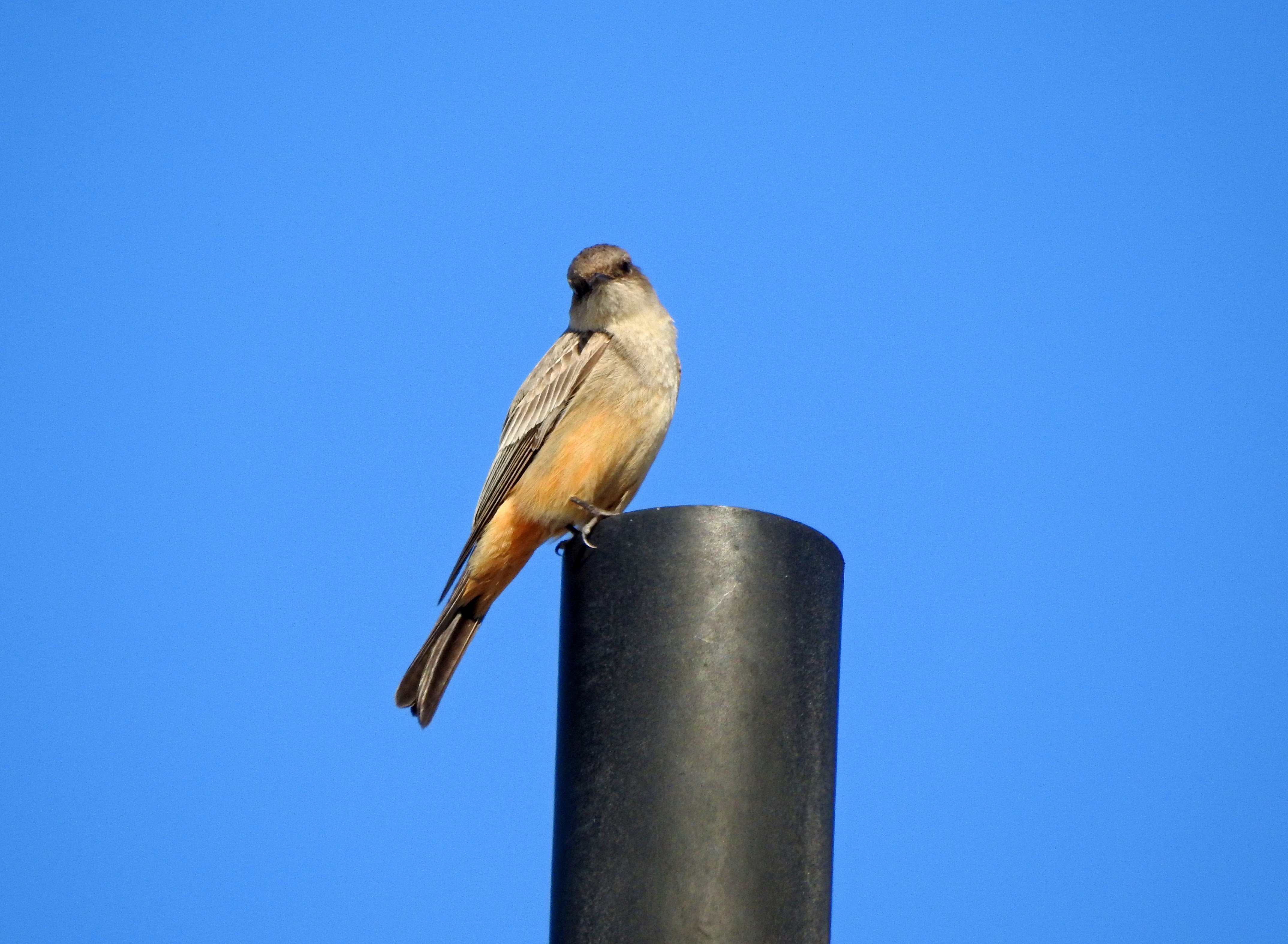